How amazing it is how quickly 20 years passed.

What has it meant for you? Opportunity, qualifications and satisfaction? For some, this will be true.

For others, the years passed with challenge after challenge to be faced and dealt with.

For me those years began in New Zealand living in the Beautiful Bay of Islands where retirement was the plan – self-funded retirement managing our income sources while living the dream boating and fishing in the Bays. Happy days. 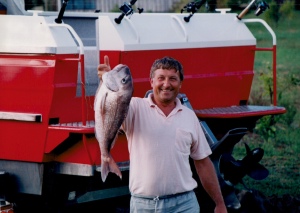 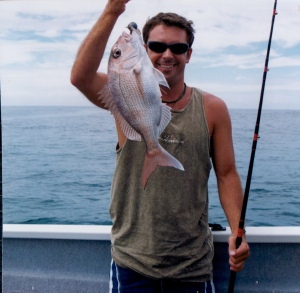 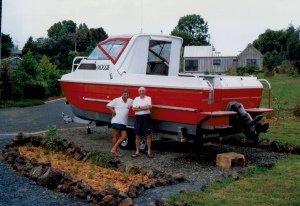 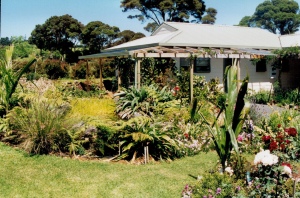 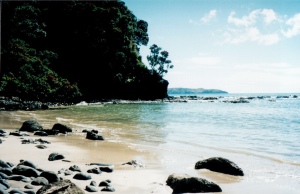 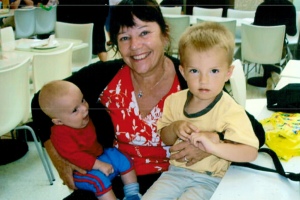 2007 meant a change – In Australia grandchildren were being born, leaving an ache in this grandmothers heart. What is a grandmother to do? Follow her children? Some say it’s a big No-no, but not me, as the spirit of wanderlust lives and breathes in my genes. Hubby acknowledged my need, so off we went to live in Queensland, closer to our sons and their families.

We didn’t figure on the aging process preventing us from managing a beautifully landscaped property, complete with a lake, banana palms, hedges, and pool. After two years, the decision was made to downsize and move into a resort-style village. Hubby took the grandkids fishing, and I began writing. The Fortune Seekers Series books were brought to life.

Then followed 10 years tripping about in our caravan exploring Australia – the lucky country. That decade filled with opportunity, amazing experiences and making friends, passed like the blink of an eye.

The lucky country seemed not so lucky as floods devastated the land, droughts broke family livelihoods and hearts, and fires began to attack the dry bushlands of this immense country. On one occasion we pulled into a camping area alongside a dry creek, aware of the hillside burning, and firefighters camped alongside us. As other travelers arrived for the night, we were told to keep the vans hitched to the towing vehicles in case the firemen woke us to evacuate. The threat was a wind change. We slept soundly.

To travel across barren, red earth where kangaroos were lying dead along the roadsides in the outback began to distress my hubby and I. The trips became less frequent as the threat of fires and drought increased.

In 2019 we headed off to cross from east to west, across the desert to explore again, but this time the motivation had been eroded. Broken Hill in inland New South Wales became our final destination.

‘I hate it here,’ my Hubby said while we past drought stricken farms, dying towns suffering the hot temperatures. Flies attacked our faces and ears seeking water, swatting didn’t help.

‘Back to New Zealand?’ I replied.

I watched as my Hubby’s shoulders lifted, lines on his face relaxed, and the strain he felt of living in the heat and humidity of this vast country was finally understood by me . Hubby had been struggling for 12 years. He sweated through the humidity day after day while I had enjoyed it. I knew in that instance it was time to make a change.

We turned the caravan around at Broken Hill and headed back to our village in Queensland where arrangements were made to return to New Zealand. Within a month we had sold, packed up and departed.

We knew where our hearts were leading us – the North of the country where the beaches are beautiful, the fish are aplenty and the climate comfortable. 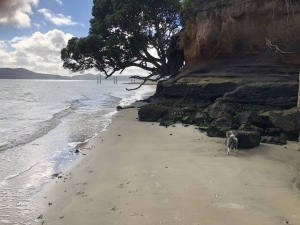 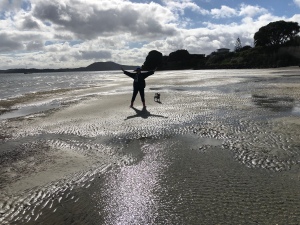 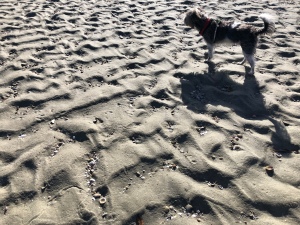 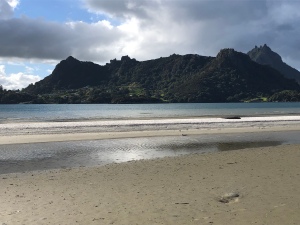 2019 has finished and here we are – settled into a lovely house only walking distance from the sea and harbour, in a town that is relaxed and pristine, and about to expand due to major development programmes destined for this area in Northland.

And Hubby has his boat again. Our little Maltese Terrier Shih Tzu roams our garden, runs the beaches, and enjoys the walks amongst the Pohutakawa trees which line our street and the beaches, displaying flaming flowers over Christmas. 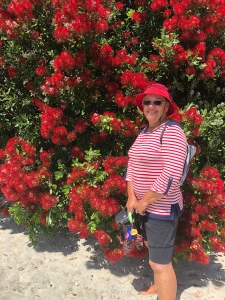 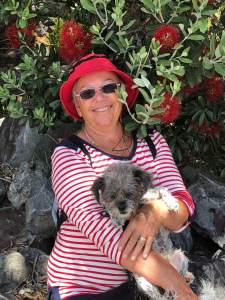 Home is here. This will do us well as Hubby and I enter our 70th decade. Back home again. Time to get back to writing in 2020. Come and see us soon, eh?